I’m a bit late writing this post, featuring my New Years Resolutions (what I like to call my ‘Goals for the year’); however, I’ve purposely done this so that I was able to decide on do-able goals, instead of setting hopeless ones.
Personally, I know that 2014 is going to be a big year for me…
I’m GOING TO sort out my educational/career oppurtunities, and it’s going to be the year in which I need to take a BIG STEP, become independent, and grow up!
You may have read my ‘Do What Makes You Happy Post’, where I shared my view on college and gave the reasons for leaving, and if so you’ll know that I’m focused on doing what makes me happy (hence the past post title). That’s why 2014 is going to be a dramatically (maybe?) changing year for me. I’M GOING TO SORT MY LIFE OUT – YAY! (Any of you doing the same? We can share our nail biting journeys together!)
But aside from this there are other personal achievements I want to make this year- things I want to improve, change, and introduce to my life. So, just like last years New Year post, which you can read here, I’m going to let you in on what they are (watch out, some are the same – I didn’t do very well).
Now I’ve written this, I have no excuse for “giving up” or “forgetting what they were”. I’m going to try my hardest to stick to these as they’ll all benefit me, and when I see the results I know I’ll be pleased I did!
Do you have any Resolutions or Little Goals for 2014? I’d love to know what they are –  maybe it will give me some more to try and achieve!
Good Luck with all your plans for this year. I hope 2014 is good to all of you!
0 Comments
achievement future life me

The Results Are In 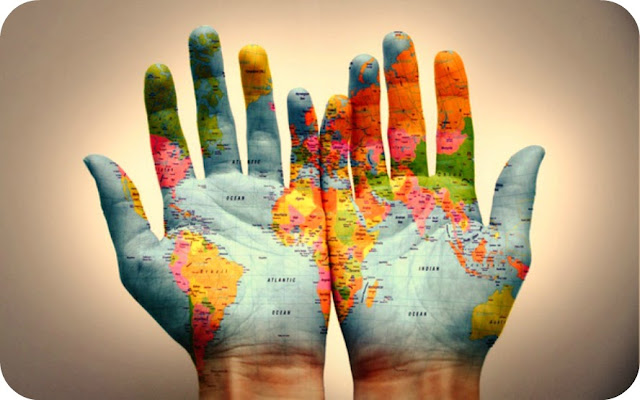 Today was GCSE results day! Today people were hoping for the grades that would get them into sixth form/college/work/an apprenticeship. Today made me think way past college, which is rare because I couldn’t even think about college at all, until a few months ago.
Today has made me think about what I want my life to be like, and what I want from it.
Most of the time, education plays a big role in how good an occupation someone has; how much money they earn, and their quality of life due to this. Sometimes it doesn’t. In no way am I disappointed with the grades I achieved, in fact for once I am proud and happy with myself for doing well. But after receiving 11 letters which apparently decide how well I do in life, I’m not thinking about how easily I will get into college or what I’ll do when I’m there. I’m now left inquisitive about my future after that; what I can do without those 11 CAPITAL letters, or what I can do with them. (If that makes no sense to you, don’t worry about it, I’m not 100% sure of what I’m thinking at the moment either). I currently have no clue of what I want to do with my life, but maybe now I can start figuring that out.
What plans do you have for your life? What would you love to do?
0 Comments
2013 achievement goals happy january newyear

I know this is probably a bit late but as it’s my first January post and my first 2013 post ‘HAPPY NEW YEAR’. Firstly, I hope you’ve all had a fabulous Christmas as I have, and are hopefully planning to have a great 2013!

So… As the past year nears an end, it’s more than likely that a lot of people are asked ‘what’s your New Year’s resolution?’. Every year I give an answer; however, this time I haven’t had one to give. I’ve decided I don’t like the idea of resolutions because people make them, already knowing they’ll break them (I’m not saying everyone), which I myself admit I’ve done before.
This year I want to try something different; setting myself small things I’d like to ‘achieve’ and set them monthly or within a time limit I see necessary. This way I hope that I will achieve more as I won’t just tell myself I’ve got a whole year to try and complete my resolution and so breaking it won’t matter. Personally, each year I don’t feel a great sense of any achievement really and this year I’d really like to have that. Not only do I wish that these ‘little goals’ will be easier to reach, but that I can build upon them to make them so much better than I’d first liked! And as I’m sitting here thinking this over as I write, I’m beginning to look forward to these more than I ever have the well known New Year’s Resolution. For some of these goals I do have a particular time frame in mind, where as others I’d like to be ongoing and hope become no longer goals but something I just do regularly. Anyway, here are some I’ve already thought of….
This is all I can think of at this moment in time but I’ll be sure to jot some more down when I think of them! Throughout the year some will obviously differ and new ones will be made. I don’t think I’ve set myself too big a task so I’m sure I’ll be fine at achieving most of these, if not all. Hopefully at the end of this year, which will come round too fast, I’ll be able to look back at all these little goal/achievement thingys and be like “yeah, I did that!”. BRING ON 2013!
0 Comments

How I’ve Been Planning & Spending My Time In Isolation

Maybe lockdown (if we can even call it that) weeke

About the most effort I’ve made during isolation

The biggest HAPPY BIRTHDAY to this one! We will ho

Here’s to strong women. May we know them. May we